In the years 2011 and 2012 I was preoccupied with my final year project at NTU. Basically it is a metaphor of life, in the form of a factory and rabbits. The modeling, animating and rendering was done in Modo. Here is the look of the 3D animation:

In this project, a factory is built using 3D software, and populated with rabbits which are animated to move around it. The factory relentlessly takes them through various tribulations that mirror those of life. From this misanthropic point of view, life seems to be apparently meaningless and humans are objects doomed to go through a process from birth to death in an uncaring universe.

The project explores the use of the whimsical language of gaming, cartoons and animation to represent a serious topic that has a universal depth and significance.

The process of making the whole thing from the planning stage took roughly about 7 months. I was new to the software, and the whole thing about modelling and animating. A closer look at the factory:

Before it was colored it used to look something like this:

Many asked, why rabbits? Well the reason is mainly they are such cute and gullible animals. Making them the characters of this kind of ‘slaughtering’ machine will just heighten the sense of victimhood.

Rabbits in various stages. Which stage are you at?

As it would be useful to have an explanation to what is going on in the video, I did an infographic that explains about all the stations in the factory and the stages of the rabbits. This thing is made resembling a map, with all the fake legend and grids. Acting like a map, this piece gives us info of where we are at now – in life. 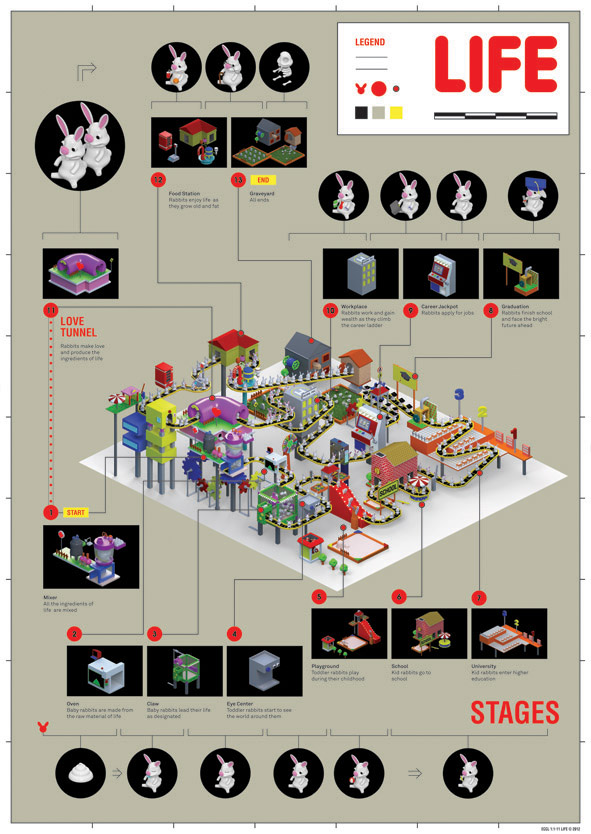 I collaborated with an engineering student who helped me develop a String augmented reality application based on the concept.  It works like this: 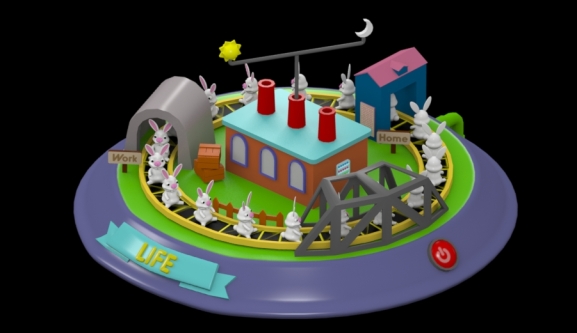 Prepare a marker, which is basically a picture with a black border surrounded by a white border.

Hold the marker in front of the camera and voila! The model appears. It goes round and round as you press the button.

Here I’m also using the bunny head as the model.

Here are some snapshots at the FYP show: 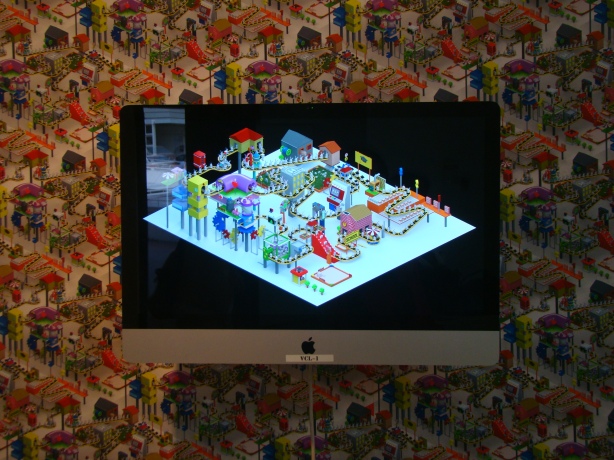 The video on a mounted iMac, against the wallpaper:) 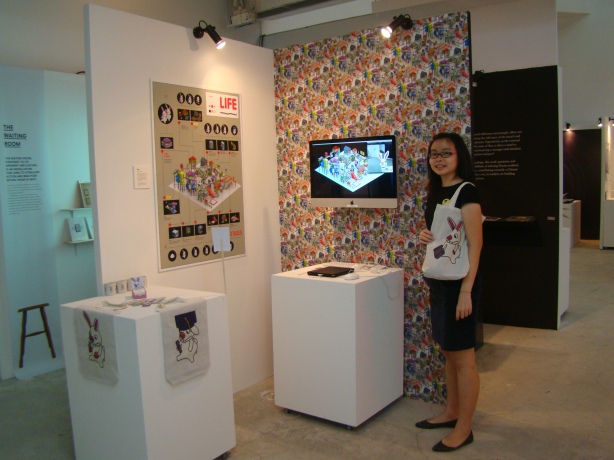 The proud artist at her booth